Warning graphic images follow!  Not really, but what follows is one of the perils of showing foreclosed vacant homes.

This story starts with a bank repossession house that I have listed in the west end of Louisville.  Last week, I did a routine check of the interior of the house including the basement.  I then went outside for a visual check of the roof.  As I got back in my car, I noticed lots of black specks on my light gray pants.  I quickly got out of the car and brushed off my pants getting rid of the insects that were attracted to me.  I never thought a whole lot more about it until later the next day.  While I was drying myself off after my morning shower, I noticed several red spots on my leg.  Examining further, I see that they start at my sock line. 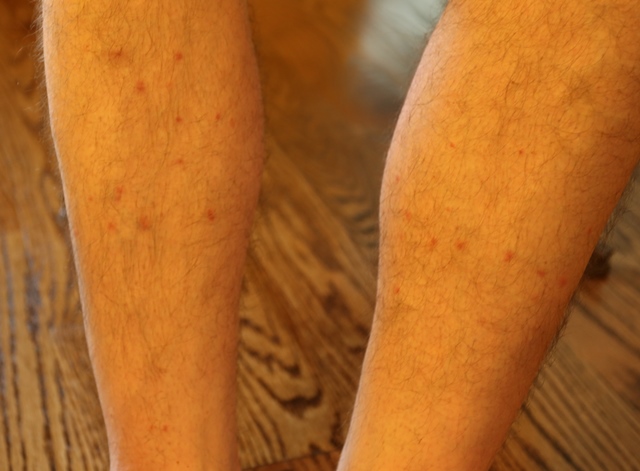