homes for sale in middletown ky

Middletown is a community in eastern Jefferson County. Middletown is over 200 years old. The name is thought to have come from being between Louisville and Shelbyville, KY. Its rough boundaries would be I-64 to the south, the Gene Snyder Freeway to the east and Shelbyville Road to the north. The zip code in Middletown is 40243.

HOMES FOR SALE IN MIDDLETOWN 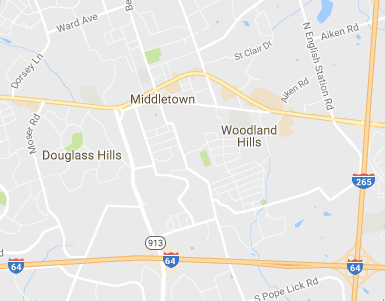 Click the map to the left to view each home for sale in Middletown. There is a satellite view button in upper right.

Get notified when matching listings become available. We also have found more listings nearby within 5 miles of this community.

shopping and dining near middletown

There are also several boutiques and restaurants outside of Middletown Commons. Some of the clothing boutiques in Middletown include The Prickly Pear, Crush Boutique, Lin Z's Boutique, and Blu Boutique. Some of the other restaurants in the area include Mark's Feed Store, Havana Rumba, Plump Peacock Bakery & Cafe, Rumors Restaurant, Hometown Pizza, LouVino, Coals Artisan Pizza, and Zeggs.

more information on homes for sale in Middletown

Homes for sale in Middletown, a community in the Greater Louisville KY area, are included below. These properties for sale in Middletown are updated every day from the Louisville MLS. If you would like to learn more or have any questions about any of these Middletown homes for sale, just click the "Request More Information" button on any property detail page. We can provide you with past sale information, comparables, disclosures, and tax info -- and we'd love to answer any questions you have.